Search
Get in Touch
Reviews

Taking notes with an iPad or tablet has always been a pain, especially for people who prefer classic pen and paper. Even modern styli have difficulty in accurately tracking your writing and making digital notes useful is nigh impossible.

So next time you want to save your notes on a mobile device but prefer the standard pen and paper, then the newly revamped LiveScribe 3 is the perfect smartpen for you; its also one of the greatest (if not the greatest) smartpens ever created.

LiveScribe 3 – How It Works

LiveScribe 3 has a unique functionality that is sure to please tablet lovers and pen and paper enthusiasts alike. The LiveScribe 3 comes with its own LiveScribe notebook paper (which can either be bought for a competitive price or printed from a laser printer). When users write on this particular piece of paper, the notes they take will automatically appear in the Livescribe+ mobile app. The pen is able to do this through Bluetooth Smart technology. Users simply twist the ring towards the top and start writing.

Design wise the pen looks really nice. It looks like any other premium ballpoint pen, with the distinguishing factor being the blue light towards the top. Users will also notice the point is really wide, which gives the pen an unusual look upon examination. This wider base is so the pen can read the writing and upload it to the app.

Available on both iOS and Android, the app of this LiveScribe 3 smartpen makes it a very unique device/service.

The notes that you will take down will automatically upload to the LiveScribe+ app, and from there users can digitize the notes to make them clear and legible. Users can also sync these notes with relevant apps such as Calendar and Contacts.

You can also record audio with a feature called Pencasts. By tapping the record icon on the LiveScribe paper, the pen will record audio which can later be listened to in the app. This will be great for anyone recording phone calls or lectures. You can also view your notes in snippets. These snippets are displayed chronologically and can show the information you need most. LiveScribe+ also has a search feature that allows you to go through your notes based on specific keywords.

The LiveScribe 3 is a pretty impressive smartpen. It has an amazing blend of pen and paper/tablet functionality, and the ability to digitize your notes, search them, and share them with friends makes it an incredibly valuable service. As mentioned above, the pen is compatible with both Android and iOS devices so that makes it a very useful combo considering that LiveScribe was originally exclusive to iOS. Now the pen just needs to expand into the Windows market and we have a perfect smartpen. Still, though, the pen is stylish, functional, and perfect for anyone in nearly any situation. You can buy the Livescibe notebooks here with the special dot paper and the ink cartridges here. The pro edition for Livescribe 3 comes with a smartpen portfolio and hardbound journal, and it also includes 1 year Evernote Premium subscription) 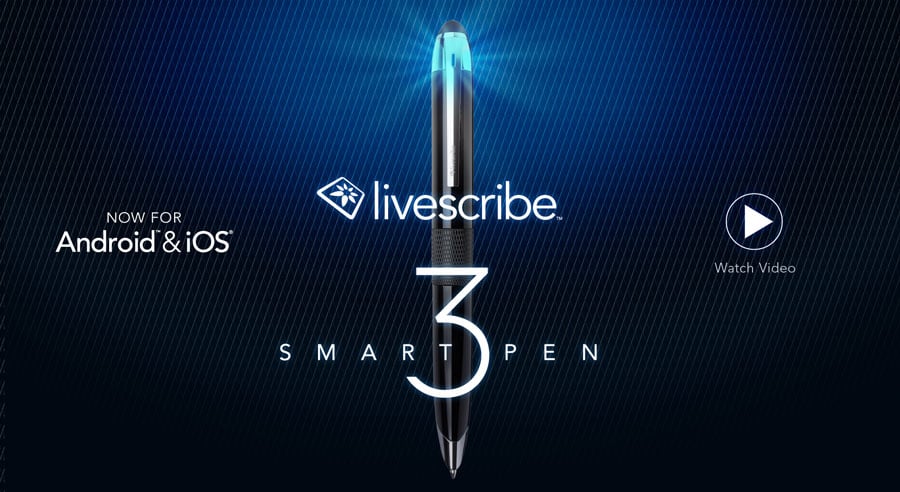 Beginner’s Guide to Working from Home

Working from home? There are a plethora of online services and tools you can use in working remotely. Here are some of the most useful ones.
Read more