Search
Get in Touch
ReviewsApps

Flipboard – The Future of Social Media

With so much online content in the world today, sometimes it is hard to find content that we actually want to read.  With viral articles dominating the internet, it is hard to find articles that don’t read like bad magazines (i.e. “TOP TEN REASONS TO SEE THE WORLD BEFORE YOU TURN 25” or “THE SECRET CURE ALL TO AGING…YOU WON’T BELIEVE WHAT IT IS!”).  Part of me is tempted to title this article THE 10,000,000 REASONS TO USE FLIPBOARD FOR ALL ONLINE READING… ALSO CAT PICTURES!  But because I have self-respect (and I like you guys), I will restrain myself.  In all seriousness, though, Flipboard is an increasingly popular app that helps users wade through the sea of content that is the internet.  A stylish design and strong interface make it easy to find content you like, and it also creates an interesting spin on social media.

Flipboard is part Google Now/My Magazine alternative and part social media.  The main goal of Flipboard is to deliver news and informative articles to users, and it also allows users to share articles they enjoy with other users.  It is one of the only apps I know of that is fun, sociable, and educational.  That’s a tough mix.

Flipboard has a pretty stellar design.  It doesn’t bring anything new to the table, but its color scheme and functionality resemble that of other popular apps with modern designs.  It almost feels like the app HotelTonight, but with online articles instead of hotels.  And, in many ways it also functions like Twitter, allowing users to search users or topics by certain keywords.  One can follow other users with similar interests and see what they are sharing and reading, and you can even connect Flipboard to virtually every kind of social media out there.

The interface is also simple and easy to understand.  Across the top of the screen are five symbols.  The first symbol, a house, is obviously the home screen where users can scroll through top headlines and articles most relevant to their interests.  The second symbol lets users access their interests.  Users will be able to find other users that read similar content, as well as find and add topics of their interest.  Topics, though, are only available to American and Canadian users at the moment.  It isn’t clear when this feature will be available on a more international level.  It is kind of a drawback, especially if you don’t live in those two countries.  But, they may not be necessary.  While it is great to dive right into content you love, Flipboard learns about you as you read.  If you like articles, or even read articles of a similar style, Flipboard will recommend more articles along those tastes.  So even though Topics themselves aren’t available, Flipboard will figure out what topics you like.

The third symbol is a magnifying glass, obviously indicating a search.  That’s pretty self explanatory.  The next symbol is a bell that represents notifications.  Here you will see who follows you and any content other users have shared with you.  Lastly is your profile icon, where you can see magazines you have curated (more on that later) and articles you have liked.

The only downside to Flipboard’s design is how you read in the app.  Every time you “turn the page” there is a flip animation.  It makes sense considering the app is called Flipboard, but it is jarring.  It not only breaks the flow of reading, but it also kind of hurts your eyes.

We have already covered several of the features of Flipboard, but there are plenty more to talk about.  When reading articles, you can share them to other apps (a pretty standard feature) as well as like them.  You can also view who else likes the article, and what magazines they appear in.

And magazines, in themselves, are the most interesting thing about Flipboard. Users can create their own magazines, compiling articles of a similar theme into one place and sharing it with the world.  Users can also set their magazines so that other users can curate and add content to them.  For instance, I have enjoyed using Flipboard to create my “Maybe We Don’t Suck” magazine: a collection of articles that focus on the good things human beings do rather than the bad.  It’s actually exciting to compile and share the things you are passionate about, and it is exciting to compile and share those things with people who share the same interests.  Flipboard encourages a community of growth and shared knowledge.  Whereas Facebook and Twitter are filled with nonsense and needless drama, now there is a social media app that can actually add to the human collective.  I want waste your time talking about the philosophical implications, but Flipboard is doing something new and exciting.

Flipboard has a lot of things going for it.  It has a friendly and familiar social media design, but it incorporates that into a fascinating environment designed for information sharing.  The lack of Topics is a bummer for most countries, but the feature will come eventually.  But, even without that awesome feature, Flipboard is the next step in social media.  Anyone who is passionate about anything should be using Flipboard.  Not only will it immerse you in useful content, but it will let you share that content with others. Flipboard is social media at its finest. 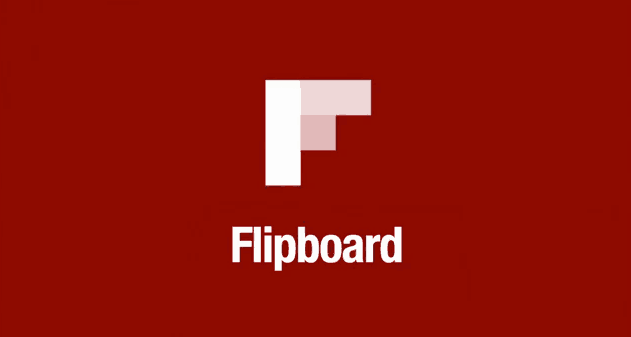 0 Shares
- Advertisement -
Previous articleMoto 360; Just Another Smartwatch [Review]
Next articleHow To Delete Yourself From the Internet

Securing your items when travelling requires a good luggage lock. And what better piece of safety than getting something which is pre approved.
Read more

Tired of regular & off the rack prints? Need to add personality to your outfits? Here are few of the best print on-demand printing service websites that cater to everything from T-shirts to phone cases to wall art. Here everyone is a designer...
Read more