Fitbit continues to evolve with its slew of fitness trackers, devices and smartwatches no matter where its acquisition with Google lies. Last year was no different esp. with a global pandemic that seems to have redefined everyday norms. Fitbit released the Inspire 2 tracker, Versa 3 smartwatch and the first Fitbit Sense smartwatch with health features. So how does it fare in the real world? Here’s the TechVise review of Fitbit Sense smartwatch

As a smartwatch, it keeps you updated with all the alerts you want from your phone. You can select which apps you wish to receive notifications from as well as set default apps for text messages, calendar & emails. Thanks to the built-in mic and speaker, you can also take calls on your wrist. Another cool feature is being able to reply to text messages by voice. Here, the built-in software does the transliteration for you. Since voice assistants are all the rage, Fitbit provides its users an option between Amazon Alexa and Google Assistant as built in voice assistants. Once you setup the assistant on your connected phone, you can set friendly reminders, alarms, timers with your voice. You can also get quick replies to common queries such as time, weather etc. You can also control connected home devices via your voice.

The latest iteration of the Fitbit OS provides Find my Phone – a useful feature if you’re in the habit of leaving your phone in odd places, on your wrist. You also have the wallet feature powered by Fitbit Pay where you can add your bank cards as well as transit cards to it. You can view the list of supporting banks and transit networks here.

Let’s face it, people buy Fitbit to keep an eye on their overall fitness and health. Most start from their basic trackers such as the Inspire or Charge and then eventually upgrade to Versa when they want more from their device. Sense’s fitness features are at par with Versa 3 and earlier. It is the health tracking features on Fitbit Sense which are outstanding. From their on-demand ECG app (not available in all markets) and EDA scans to their mindfulness sessions via the ‘Relax’ breathing app, Fitbit continues to improve and push boundaries on what can be done for personal wellness and health improvement.

Fitbit also measures blood oxygen levels via the SPO2 tracker however, you only have access to its readings while using its special watch face and after a good night’s rest. The same goes for skin temperature. It records the readings overnight and gives the variation in degrees. You have to record your own core temperature to make some sense of it.

The on board Fitbit Coach and Exercise apps are as before. The former gives step by step workout guidance on your wrist whereas the latter times you while you exercise and registers the appropriate activity with the necessary statistics on your phone. Fitbit currently allows you to track 20 exercises that include yoga, swimming, tennis, kickboxing, bootcamp and martial arts amongst many others.

Sleep tracking keeps getting better with Fitbit Sense and I especially love its smart wake feature built into the alarms. You can get additional insights into your sleep with premium membership. Other features such as Menstrual health tracking, reminders to move and guided breathing sessions are available as they are on the Versa smartwatches. The Sense includes an onboard GPS + GLONASS chip that allows you to leave the phone at your home or car while out on a run.

Buy via Amazon
Buy via Fitbit

The app store on Fitbit is quite thin despite being around for over 3 years. It amazes me how there is usually only one or two apps for each item. For instance, weather, maps, music, all have only two apps. Hopefully this will improve with Google’s acquisition since it will provide developers with the incentive to create for Fitbit OS as well. Also, by default, the app store only shows apps suitable for your connected/registered device. Having said that, their selection of Watch faces is admirable. Many premium ones cost though.

Unfortunately, the Fitbit premium seems very much like a scam. The idea is that you get a health and wellness report from them based on the activities you’ve already recorded in the app. I see no reason why anyone should pay for a beautiful looking wellness report. Yes there is obviously more to it too such as the Fitbit Coach and mindfulness exercises. Unfortunately, I’m not about to watch a 10-minute video on ‘when you can’t sleep’ in the middle of the night. At $9.99 per month this is easily avoidable.

As an upgrade from the original Fitbit Versa, the Fitbit Sense is the ultimate fitness device with smartwatch features. The Apple Watch, no matter how good they are on the function & features front, have less than stelar battery life and locked into the iPhone’s ecosystem. Likewise some interesting features of the Galaxy smartwatch are locked onto the Samsung Galaxy smartphone eco system, leaving Fitbit the only smartwatch & fitness device that is truly versatile.

The screen on the Fitbit Sense is brighter and smoother from the original Fitbit Versa, likewise, the strap is a major improvement from Versa 1 & 2. Battery life is indeed 6 days if you bring it down to near zero and do not use onboard features such as GPS, SPO2 clock face & listening to music. When using the SPO2 interface the battery reduces by about 2 days (i.e. you can go 3 nights with it as it may very well shutoff in the middle of the 4th night).

The device charges quite quickly, though I am not a fan of their charger. There are plenty of support tickets and forum posts on broken chargers that didn’t work out of the box. I had to order a replacement immediately because my country still has no official Fitbit presence (thus no claim could be made) and being a new watch, there were no accessories available in the local market. The replacement chargers are incidentally of a better build quality than Fitbit’s own magnetic charger.

Buy via Amazon
Buy via Fitbit

This is very much an upgrade over the Fitbit Versa (my previous device) and I enjoy using my Fitbit Sense very much. There aren’t many smartwatches around with 4+ days battery life and compatible with both iOS & Android. Fitbit’s mobile app continues to impress given that it manages to pack in data, app store, settings and watch faces under its hood. Hopefully Fitbit continues to improve upon its Fitbit OS & devices. 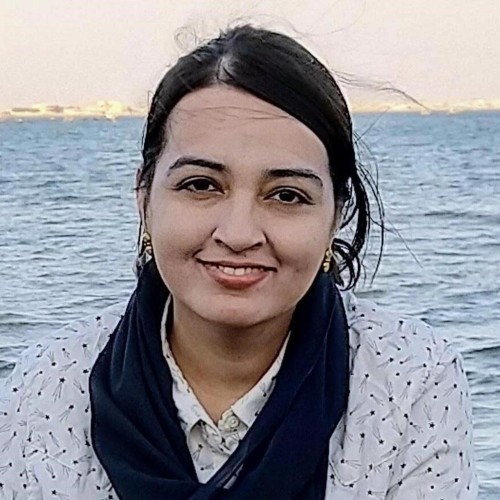 Garmin's Enduro is the new fitness tracking watch with solar charging and several other health activities.

How to Choose the Best VPN Provider

There are many VPNs nowadays, with new names and products popping up all the time. So how do you choose the right one? If you are not sure about which features to look for in a VPN, read this guide to choose best VPN provider.

Tired of being blocked by your country? Or just want your security & privacy when browsing the web & making purchases online? Here's a collection of tried and tested VPN Services.

Looking for a robust video streaming experience? Why not start with a router that allows you to enjoy gaming and videos on the fly. Here are a couple of routers you should look at.

Want to stay up to date with the latest news?

We would love to hear from you! Please fill in your details and we will stay in touch. It's that simple!

After nearly 6 months, the device is stable to warrant a recommendation. Those keen on health tracking and keeping up with their fitness should consider upgrading to Fitbit Sense. QuratulainFitbit Sense: A Perfectly Sensible Fitness Smartwatch