Search
Get in Touch
DevicesReviews

Microsoft entered an entirely new realm with the recent announcement of its Surface Book line of laptop computers this past September. Microsoft is not exactly a newcomer when it comes to hardware. As many of you know, Microsoft has been making tablets for their Surface line for years now, but the Surface Book is entirely new. As the first laptop computer released by Microsoft, the Surface Book has plenty of industry innovations in its svelte form factor. Let’s take a look at some of its fantastic features, and then delve into the pros and cons of the Ultrabook.

Firstly, from a visual perspective, the 13-inch Surface Book is one beautiful device. It comes in a lovely, almost pearlescent brushed silver that might remind some of a slightly lighter colored MacBook Pro. The most striking visual feature of the laptop is the unique hinge, which Microsoft named the dynamic fulcrum hinge. This hinge’s shape vaguely resembles a paper fan in the way it unfolds and allows for a full spread of around 130 degrees, but what makes it amazing is the hinge’s functionality.

So, what makes the hinge so great? Well, when you press a designated key on the keyboard part of the laptop, an on-screen prompt will let you know that the screen is safe to detach. You read that right; it detaches! Suddenly, when you lift up on the screen, you have a 13-inch tablet that has notebook level processing power and features. Microsoft has labeled this detached tablet the “clipboard” and the name fits the form factor well. We’ve tried to pull the tablet apart without the “wire lock” disengaged and the laptop simply doesn’t come apart; an impressive design feat no less. Once detached, you can even reattach the clipboard to the keyboard in reverse and still use the screen as a tablet; this time powered with the graphics capabilities that are housed under the keyboard portion of this revolutionary laptop.

The images that the screen section generates are of amazing quality. Colors are well contrasted, bright, and vivid when using it as either an Ultrabook or a tablet. As a matter of fact, the Surface Book offers one of the best screens in its class currently on the market. The resolution on the screen is a strong 3000 x 2000 pixels. Graphically, even the basic model of the surface book, which has an Intel graphics chip, provides a rich, captivating experience that is perfect for browsing the web, working on Canva or immersing yourself in a game. Websites look exceptional with a high pixel rate. Even the somewhat smallish 13-inch screen produces vibrant images in Chrome and colors do not look washed out in PowerPoint.

Processor, Keyboard, and other Input Devices

The processor in the base model is an Intel Skylake i5 processor, which is sufficiently powerful to run any application that you desire on this laptop. Also, the charger wire of this device is magnetically attached, similar to the one included in the Surface line of tablets or even the MacBook Pro. Included with the Surface Book is the Surface Pen – a stylus that can recognize 1024 levels of pressure and works amazingly with art, note taking programs and apps. The stylus attaches magnetically to Surface Book when not in use.

The keyboard works like a dream, and typing for work or email is made straightforward and easy. There is a small space between the screen and the keys that protects the screen from scratches and poses a slight inconvenience when storing the device, but more on that in the pros and cons.

All in all, the Microsoft Surface Book is an amazing device, especially considering that it is Microsoft’s first foray into the notebook world. It’ll get your work done, provide hours and hours of entertainment, and will also last long as it is constructed sturdily. Best of all, Windows will work as well on this as the OSX works on any Mac machine. If you are looking to buy a new Windows Laptop and have some extra money, this is one great device. 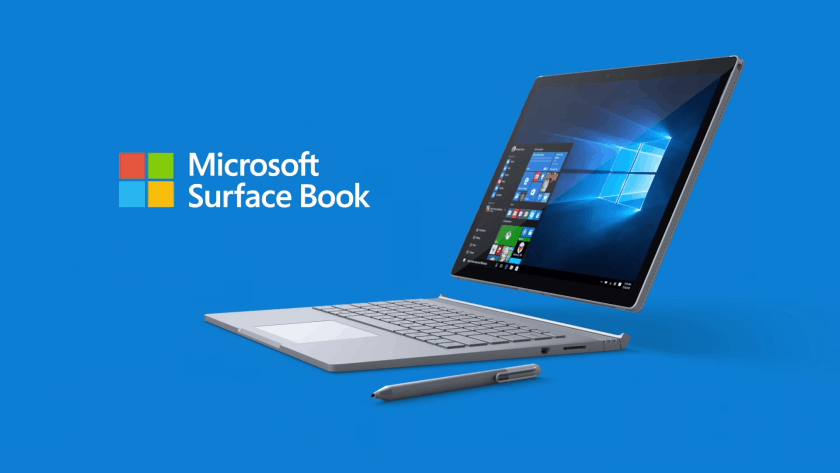 Save Big on these Cheap Travel Bookings

Are you looking for airline tickets, car rentals and hotel bookings at affordable prices? Then your wait is over, look no further, TechVise has gathered some great online services that offer travel bookings at cheap rates.
Read
Travel

Save up-to 40% on your next flight. Hopper app is a service that helps you find the lowest fare for your next trip and determines the best time to buy it.
Read

Wondering what to gift your enthusiastic Microsoft user in the family? Let TechVise show you the most unique gifts to get your Surface fanatic friends.
Read more

Need medical advice but don't have the time to visit a doctor? We've accumulated some good online medical services that can be consulted in times of emergency and for second opinions as well.
Read more

Have an old car you want to bring up to modern times? Take a look at these awesome futuristic car gadgets to look & feel awesome
Read more

Have an old car you want to bring up to modern times? Take a look at these awesome futuristic car gadgets to look & feel awesome
Read more

Looking for a robust video streaming experience? Why not start with a router that allows you to enjoy gaming and videos on the fly. Here are a couple of routers you should look at.
Read more