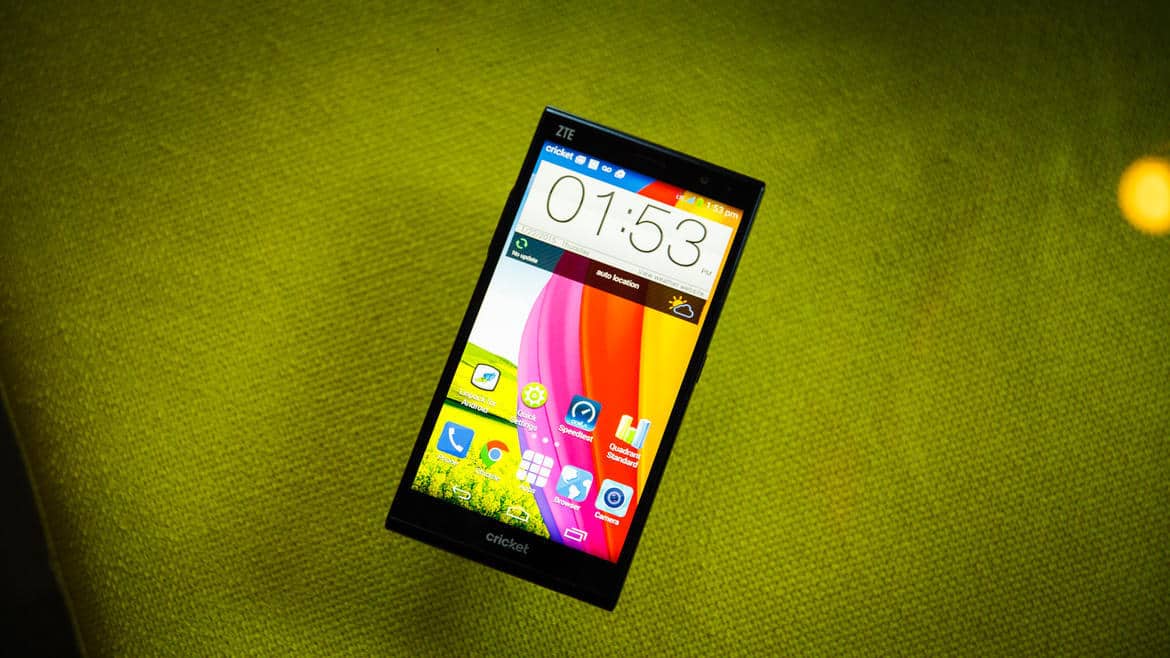 It seems that ZTE has been on a mission here lately: build a quality phablet that is also budget friendly. They got pretty close with the ZTE Zmax, but fell short with the recent ZTE Grand X. However, it seems like ZTE has finally gotten a feel for creating decent phablets. The ZTE Grand X Max+, needlessly complex name aside, is probably the best phablet ZTE has ever made, and it is almost certainly one of the best budget friendly phablets out there at the moment.

As the gargantuan name implies, the ZTE Grand X Max+ is a big phone. It sports a 6-inch display similar to the Google Nexus 6 and its predecessors the Grand X Max and the Zmax. Unlike the Grand X Max, though, the Max+ has an HD display. This means that colors are vibrant and clear, though text doesn’t look the best. The phone is also pretty bulky, even for a phablet. This makes it a little more difficult to hold, but it also manages to weigh less than premium phablets like the iPhone 6 Plus. In essence, the ZTE Grand X Max+ is easy to hold for those with bigger hands and wider grips, but it could prove a challenge for those with more petite hands.

The ZTE Grand X Max+ runs on Android 4.4.4 KitKat, which means that is still running on an older version of the operating system. This isn’t a huge surprise. I would be surprised if the first non-Google phone to get Android Lollipop was a budget phone. But KitKat is still a solid system, and it runs smoothly on the Max+. The phone doesn’t really have any unique features that set it apart from other handsets.

The specs on the ZTE Grand X Max+ are nothing special, which is to be expected. The Snapdragon 400 processor does it’s job for the most part with basic tasks, though there is some lag from time to time. It also does not handle graphics-intensive gaming well, much like its cousin the ZTE Zmax. If you are looking to check emails, text, and do some web browsing you shouldn’t receive too much trouble from the Grand X Max+, but you may run into issues with heavy streaming or gaming.

The camera on the ZTE Grand X Max+ is pretty impressive though. With a 13MP shooter, it far exceeds many cameras attached to phones in this price range. Colors come out true to life, and the quality of said pictures is usually spot on. Lower light shots will detect some grain, and bright light sources often overexpose the shots, but for a phone in this price range the camera is pretty stellar.

The battery is also pretty impressive. It will get you through an average work day without needing a charger, which is ultimately all that really matters. It only has an estimated 6.5 hours of talk time, which isn’t that great. But, it also has an estimated 36 days of standby time. According to CNET’s review, the phone also lasted about 16.5 hours in a video playback test, which is beyond impressive.

The ZTE Grand X Max+ is priced at $200, and it packs quite a bit into that tiny price. The camera on the phone is awesome for the price, and the battery is great despite the low talk time. The phone also has a huge display to bolster its gigantic name (seriously, though, the name is an overkill). It isn’t the highest quality HD screen out there, but it is HD nonetheless. In the end, if you are looking for a serviceable phone with a huge display, look no further than this cost-effective, albeit flawed, gem.