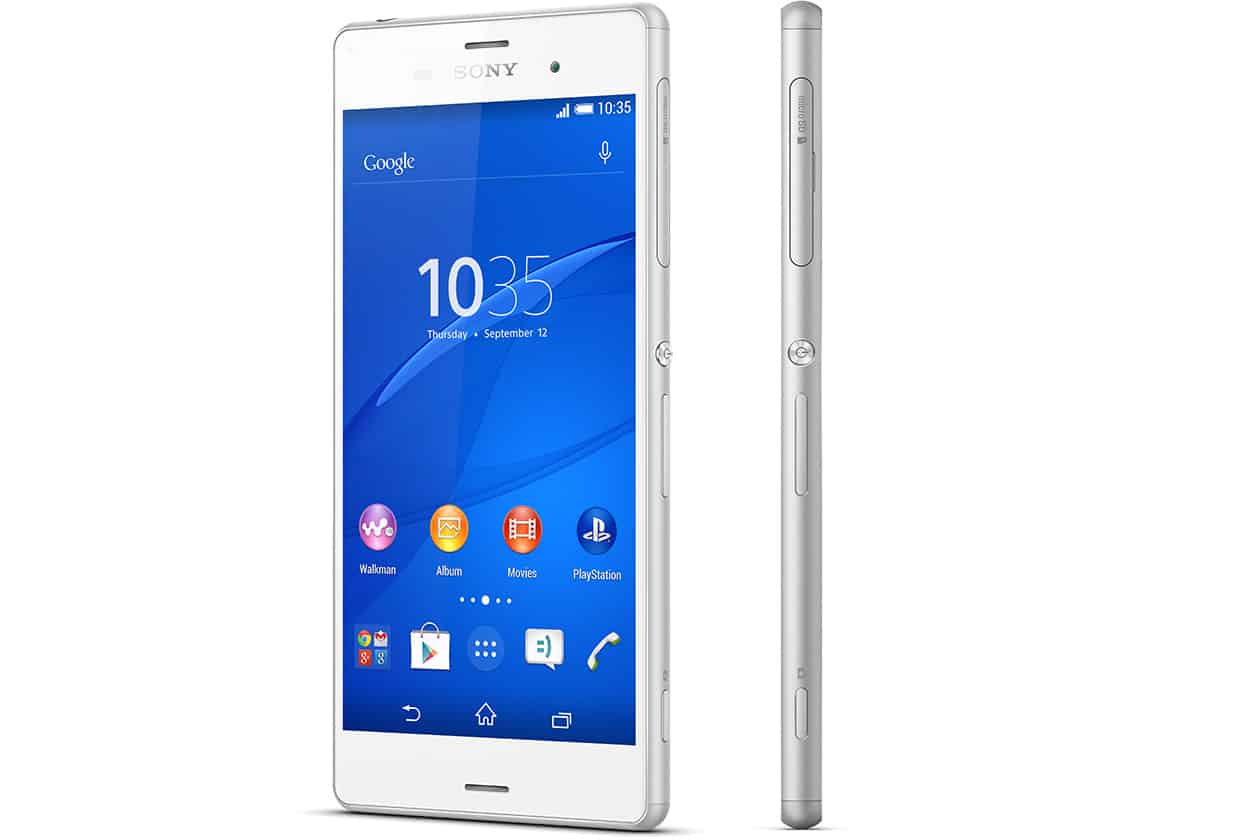 I am going to be honest. Up until now, I have never been intrigued by Sony’s Xperia line of cell phones. I always thought they looked dated and lacked unique features that stood out from competitors. I never really saw the Xperia as a premium phone. It was more like a really expensive junk phone. However, with the Sony Xperia Z3, I can now honestly say that Sony has created a high end and unique phone that delivers an excellent user experience and gives premium brands like Apple a run for its money.

The Xperia’s design is was probably the phone’s most appealing feature, and Sony has refined it to near perfection with the Xperia Z3. The edges have been rounded from the Z2, which gives the Z3 a more modern look similar to the iPhone 6. Glass covers both the front and back, which gives the Xperia Z3 a premium feel all the way around. Of course, like the older Xperias, the Z3 is waterproof and has all of the usual seals to protect the ports. Ultimately, the design is flawless and the phone looks and feel’s great in hand.

The display is also beautiful on the Xperia Z3. The screen is large and will please most everyone who desires big phones. Colors are also vivid and contrast well against each other. It isn’t quite as impressive as the Galaxy Note 4, and pales in comparison to the LG G3, but it is a beautiful screen nonetheless. The user interface, though, feels a little old and outdated. This has always been the Xperia’s true downfall, but Sony has made great strives to improve this. The UI looks and feels like the interface found on the PS4, which gives the Xperia 3 an excellent cross platform feel, but it does not deliver quite as well as Apple’s cross platform interfaces. The clunky and dated interface is jarring compared to the beauty of the screen, and somehow detracts from the overall quality of the phone.

Stock apps are great on the Xperia Z3. The Walkman app is Sony’s music player, which works similar to Samsung’s Milk Radio. It also includes a movie app that will allow users to rent and watch movies (something I have honestly been dying to do on my phone). The biggest feature though is the Xperia Z3’s remote play for the PS4. PS4 owners will be able to connect their phones to their Ps4 controller and play any game on it. As a video game fanatic, I cannot begin to describe my excitement with the inclusion of remote play, and (as far as I know) the Xperia Z3 is the first smartphone with this capability.

Spec wise, the Xperia Z3 is just as powerful and capable as any other leading smartphone. It runs a similar Snapdragon processor as the LG G3 and Samsung Galaxy S5, so the phone is quick and responsive.  It also supports the latest Bluetooth capabilities and has NFC (Near Field Communication). The camera on the Xperia Z3 is as impressive as always too. It contains the same 20.7 MP camera found on older models of the phone, but it is still impressive and needed no improvement. The auto-focus is a little wacky and takes a while to stabilize. Other than that, though, the phone takes comparable pictures to the Galaxy S5, which is considered to have one of the best cameras on the market. The battery life on the Xperia Z3, put simply, is stunning. Sony claims the phone can get up to two days of battery life, and many other reviews of the phone have at least gotten similar results. It also supports an incredible 21 hours of talk time. This puts the Xperia Z3 ahead of nearly every phone on the market except Samsung’s Galaxy S5.

Sony has finally made it into the top-tier of handsets. With its polished design and revved up internal specs, the Xperia Z3 is truly a premium phone to keep your eyes out for. While it does not have the best display on the market, the Xperia Z3 makes up for it with its incredible battery life, awesome camera, as well as its revolutionary ability for remote play.