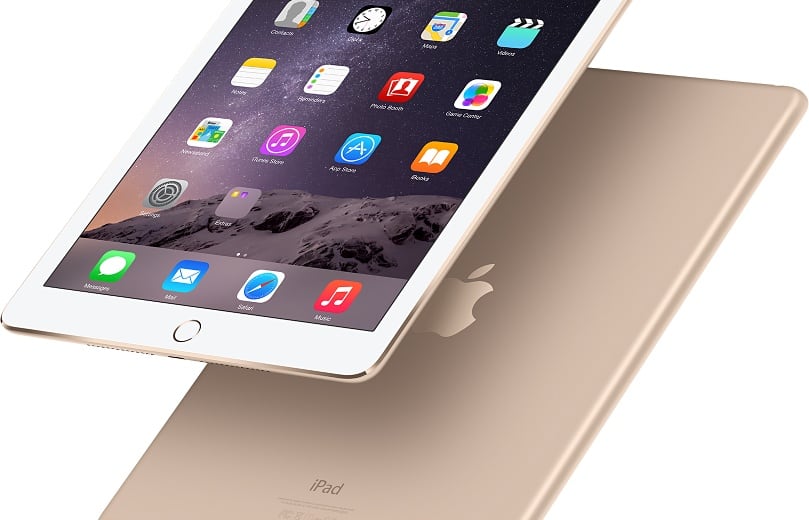 Few days back I reviewed the iPad Mini 3. Needless to say, I was disappointed. Apple more or less slapped a fresh coat of paint on the same device and sold it for a higher price. This made me anxious to dive into the iPad Air 2.  I was afraid I would be met with the same lackluster (and frankly, lazy) design choices.

Well, you can relax. The iPad Air 2 is not necessarily revolutionary by any standard, but it is a significant improvement on last year’s model.  The change is just enough to maintain the iPad as the standard for tablets.

Design wise, there isn’t a whole lot separating the iPad Air 2 from its predecessor.  It still rocks the sleek aluminum unibody design as before, only this time it also comes in the stylish gold color.  Like I said last week, this isn’t necessarily a

bad thing.  The iPad Air 2 looks great, and it is still leaps and bounds ahead of many tablets on the market.  Apple has simply taken what was already a great looking tablet and polished it a little.  Users will notice that the device is also a tiny bit thinner than last years model.  This makes the iPad Air 2 the thinnest Apple product on the market.  It isn’t necessarily a change you will notice, but it is still a refinement.

The display has also been refined, though not in the way I was hoping.  It still has the same resolution as last year, which is a hit or miss thing.  Compared to other Apple products, it looks sleek and polished.  But, when compared to phones like the Samsung Galaxy Note 4 or the LG G3, one can tell that Apple is starting to fall behind in quality screen resolution.  The before mentioned phones just have sharper and clearer images, and it is something I hope Apple greatly focuses on with later models.  The iPad Air 2 does have an anti-glare coating, though, which makes it difficult for light to block out the display.  Like with the iPhone 6, one almost has to be directly under a light to see any real glare.

Like the iPad Mini 3, the iPad Air 2 is compatible with Apple Pay.  Though it does not have the NFC technology to support in-store purchases, one will be able to use Apple Pay’s many other features without any issue.

The iPad Air 2 rocks in terms of specs.  It has a new and improved A8X processor that puts it ahead of even the iPhone 6 and 6 Plus.  This means that graphics will be sharper and run smoother on the iPad Air 2, and it will last quite a few years before becoming outdated.  This internal improvement is something the iPad Mini 3 lacked, and it is something I’m glad the iPad Air 2 included.  The camera has also been improved.  It is now the same quality as the iPhone 6, though it does not have the advanced autofocus that the 6 has.  It still takes great pictures though.  The front-facing camera has also been improved.  Quality-wise it is the same, but the contrast has been improved which makes for clearer pictures and Face Time chats.

The iPad Air 2 is not revolutionary, but it did not necessarily have to be.  The iPad Air is still the absolute standard in the tablet market, and it made the necessary improvements to keep it up to date and competitive.  It is well ahead of the iPad Mini 3, which ultimately means it is a worthy investment.  Price wise, at $630 in the US, it is still a premium tablet, but the cost is worth it.  Users who already have the iPad Air may not be totally convinced to upgrade given the similar design.  New owners however would be foolish to look past this truly refined iPad experience.