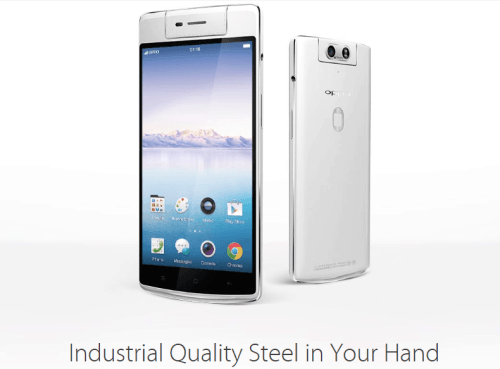 Oppo is a company I am going to have to keep my eye on, and I recommend everyone else do the same.  I say this because Oppo is making a name for itself because it strives to be so different, and it pushes for innovation in the smartphone industry.  The company really shows this in its latest phone the OPPO N3 with its revolutionary motorised swivel camera.  But will this unique feature make the phone worth the buy?

The design on the Oppo N3 is pretty solid all around, but it does have some drawbacks.  The N3 sports an impressive 5.5 inch display, which is a downgrade from its predecessor the N1’s 5.9 display.  This isn’t necessarily a bad thing though.  The slightly reduced size makes the phone easier to hold, but also offers the larger screen estate for videos and mobile games.  It’s the best of both worlds really.  It also has a metal trim around the body that sticks out slightly, something that is certainly noticeable and can make gripping it for long periods of time uncomfortable.

Another cool feature of the phone is the finger print scanner on the back of the phone.  The scanner works just like the one found on Apple’s iPhones.  Users place their finger on it and it automatically unlocks the phone.  Some reviewers have criticized the placement, saying it belongs on the front of the phone.  However, I disagree.  I think the scanner is in a wholly natural position, and it is reminiscent of the design choices found on the LG G3.  I find the placement of the scanner to be both natural and convenient.

The Oppo N3 comes with Android 4.4 KitKat powering their own Color OS 2.0.  Color OS is a little different than some operating systems, mainly because of the gestures window.  You can access the gestures window by sliding upward from the bottom of the phone, from there a small window appears where users can draw certain symbols that will automatically open specific apps.  It’s a cool feature, though not entirely practical for most users.  But the Color OS does offer a lot of optimization and customization you won’t find on most other Android powered operation systems. 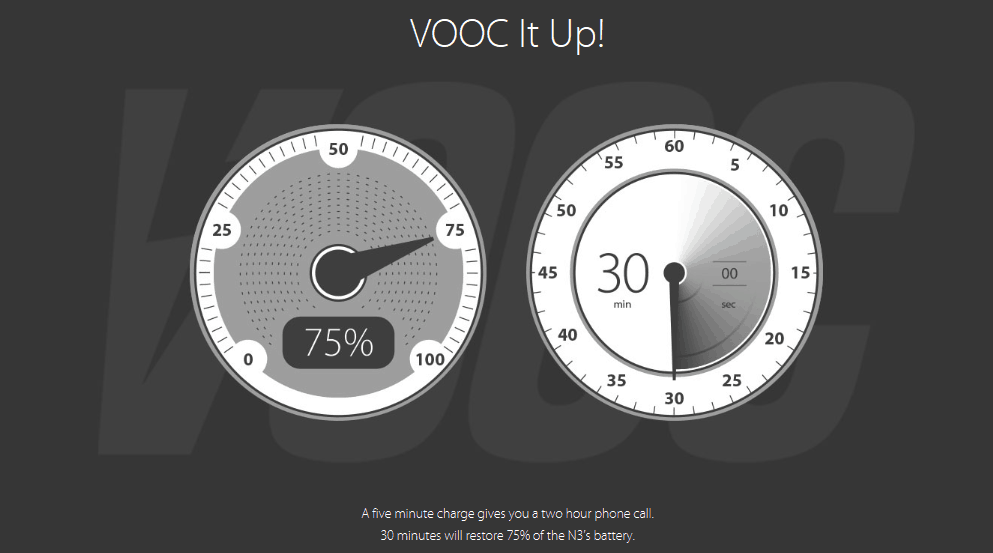 The specs on the Oppo N3 are pretty impressive to say the least.  It beat out the Xiaomi Mi Note in most tests, and fell right behind the HTC One M8.  That means its processor can handle quite a bit, so users should be able to enjoy plenty of streaming and gaming from this device.

The battery is also pretty stellar.  In a battery test it lasted over 12 hours, which is pretty impressive.  The phone should last you through any work day regardless of how you use it.

All of this leaves us with the camera, which is the most unique thing about the Oppo N3.  Unlike its predecessor the N1, which introduced the swivel camera feature, the N3 has a motorised swivel.  With a simple tap or swipe, users can rotate the 16 MP camera from the front to back or back to front.  This makes it the ultimate shooter for selfies and regular photos alike.  It also has a unique and well integrated panorama mode that has a solid quality.  The quality all around on the phone is great, and it is certainly rivals powerful cameras such as the Galaxy S5 and Galaxy Note 4.

The Oppo N3 is a great phone.  It doesn’t look the best aesthetically with what I feel is a bland and uninspired look, but it makes up for this with awesome features like the swivel camera and rear placed finger scanner.  Its powerful processors and tough battery also make that $649 well worth it.  If you’re looking for an awesome phone that brings innovative ideas to the table, you’ve found it with the Oppo N3.