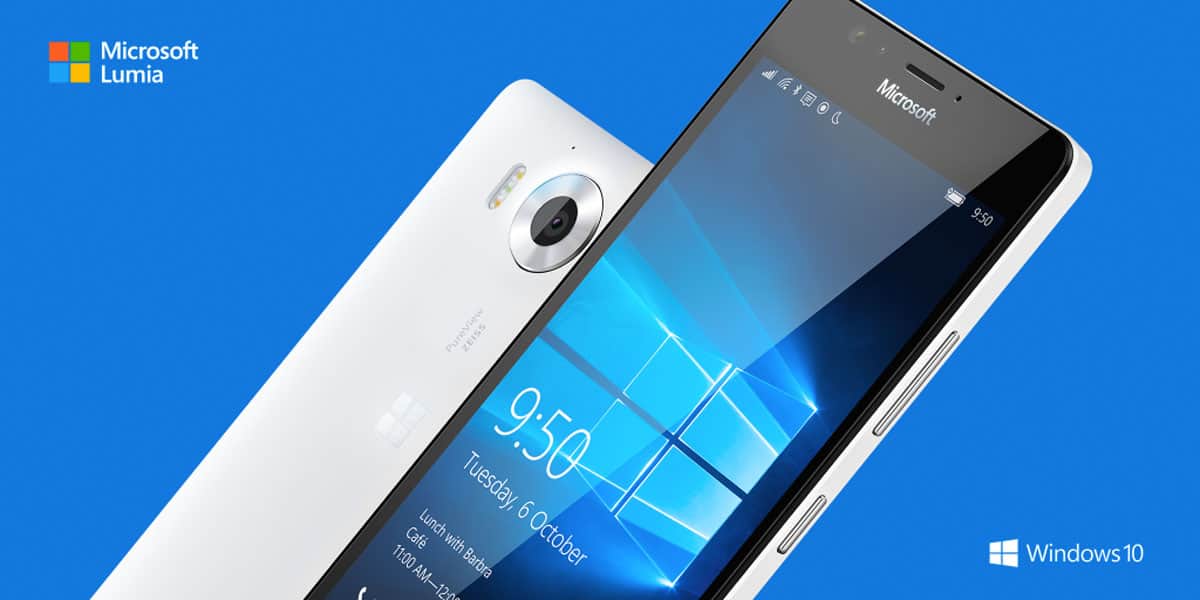 The Microsoft Lumia 950 along with its older brother Lumia 950XL were announced during Microsoft’s annual launch in October 2015. We finally got our hands on one and had been using it non-stop for nearly three weeks to do this review some justice.

As the iPhone has proven time and time again, design is about as important if not more than the features of the phone itself. For most people it doesn’t matter how clear the phone call is, how expensive the calling plan would be, how easy is it to text, and just about everything else. Design tops the entire list followed closely by usability. The Lumia 950 is somewhat in the middle here. It is not gorgeous looking like the Apple iPhone 6S or different like the Samsung S6 Edge. It’s a sleek and robust looking phone that is all angles with slight curves on the corners. Thankfully, the phone retains the original button position and function of all the previous Lumia devices (I’m looking at you 950XL). The phone weigh approx. 150 gm and sports dimensions of 145×73.2×8.2 mm (LxWxT). It comes with an exchangeable back cover that also allows users to replace batteries. The phone has a slightly plastic feel to it at the back which can be easily corrected by replacing the back cover with a more superior one.

The Microsoft Lumia 950 runs on a Snapdragon 808 processor, 3 GB RAM and 32 GB internal memory with the option to expand via a MicroSD card up to 200 GB. The battery is fairly decent and gives about 1.3 days of average Wifi use. The 5.2-inch display is just right for the phone making it neither too small or enormous. The phone’s resolution and colours are spectacular, and everything from pictures to websites look great at 564 ppi. I’ve always been a fan of the Nokia ClearBlack technology, and it shows here.

Cameras on high-end Lumia phones are considered the best with other brands playing catch-up. While the competition here has become narrow, Lumia cameras are still some of the best. The phone sports a 5 MP wide-angle front camera with video call and video recording. The video resolution from the front camera is quite decent at 1080p (HD). The main camera is a 20 MP autofocus with six lenses and optical image stabilization (move around and take pictures with ease, they will not blur) There is a triple LED flash that allows for the most natural looking photos. Luckily, Microsoft has retained PureView here which translates to some of the best photos under low lighting. Video recording is spectacular at 4K, and the four microphones are there to capture everything. Here, Microsoft seems to have thought of everything regarding recording. Their editing apps leave a bit to be desired, though.

Other nifty features include voice recording which could do with a serious upgrade. For starters, when there are four microphones, why can’t they be used to record sound? And why does the phone need to be ‘on’ for this? During a three-hour private concert, my phone would hit the recording to a pause if I turned off the screen or switched to another app. It was also around 11% battery towards the end (down from 56%).

On the other hand, there is a nifty call record feature which is extremely handy and records calls extremely well. It’s accessible during the call, and you can later access the calls under Files > Phone > Recorded Calls folder.

Microsoft pushed the launch date of the devices by five to six weeks in most countries to get rid of the issues with Windows Mobile 10 the OS that powers their Microsoft Lumia 950 and 950XL devices. Almost three months later, there are plenty of kinks to iron out however the OS is awesome, to say the least. I love the deep integration it has with Skype, both messages, and calls, the very cool Windows Hello (beta) which together with Cortana locked out my sister from the phone – after allowing her to take a selfie no less. The new Outlook Mail app easily beats all the other mail apps in editing, typing, and formatting. Office integration runs deep within the system. Live tiles – a hallmark of Windows Phone 8 – keep you updated on behind the scenes activity of the app. The native weather app is easily the biggest surprise. It gives detailed information on the weather as well as history going back thirty years on rainfall and temperature. It also gives sun and moon rise and set timing.

There is still plenty of improvements remaining though which are mostly software bugs and not hardware related. Case in point, initially Windows Hello took longer to do the IRIS scan and easily warmed the phone, however, a recent update fixed it, and the battery lasts longer. Now the phone only heats up if you dare to use it while it’s also charging. Hopefully, all these issues and minor annoyances will go away in a few more weeks. The Microsoft Window 10 and Windows Mobile 10 teams release updates nearly every week to insiders hence these problems are well known and could get resolved very quickly.

Unfortunately, I haven’t used or tested Continuum, one of the biggest features of Windows Mobile 10 as yet. Once I do, I will update this review.

In all, I love my new Windows Mobile 10 OS and the Microsoft Lumia 950. There are times, when I wish it had liquid cooling like the 950XL however I’m keeping my fingers crossed that it is an OS only issue and will resolve in due course. There are enough features within the phone and app itself that doesn’t require me to download and install applications. For instance, in nearly every phone, I’ve had to install a sky app only to get the moon rise and set timings. The native weather app solves this. I also download a separate voice recorder and call recorder app. This is available in the OS as well. Skype no longer needs to be a separate application, it is built-in and works seamlessly with the OS.

With Microsoft’s recent purchase of Xamarin, the Windows App store should soon see niche apps getting ported to Windows Mobile 10 sooner than later. The Lumia 950 is a solid purchase and a definite consideration especially if you’re not interested in trying out every new app out there. Because the ones you need and use on a daily basis are already available.

Q founded TechVise for the sole purpose of helping individuals solve problems through the use of internet services, devices and apps. A project manager & web consultant by profession, this site & its readers are making that dream come true.