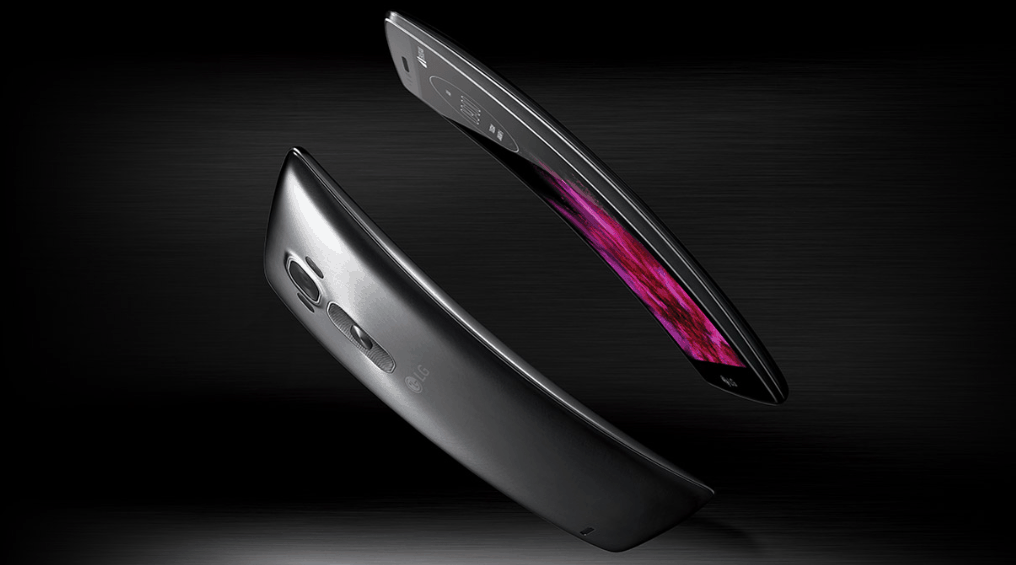 When the G Flex was first introduced, people were excited about the idea of a curved phone. But once they got a hold of the futuristic device, they weren’t too impressed. The phone was bulky and hard to hold, the display was unimpressive, the camera was weak, and all around it just didn’t compete with its competitors. It seemed as if the time of the curved phone had come and gone.

With a revamped design, powerful specs, and a gorgeous display the LG G Flex 2 is a beautiful and innovative phone that should put curved phones on the radar of any smartphone lover.

The design for the LG G Flex 2 is nothing short of premium. It still comes with that sleek self-healing paint. It will resist the usual scuff and cuts, but major damage will obviously leave its mark.

After all it’s not a miracle solution. The phone comes in the standard black (like the original) and now a flamenco red. Honestly the red model really pops, and it just looks really, really good. It is also just as durable as it was before. Numerous videos reveal the phones flexibility, allowing the phone to straighten out as pressure is applied to it from either direction. This means that if you should sit on the phone it won’t necessarily snap. It isn’t indestructible, but the amount of punishment the G Flex 2 can take is impressive.

The G Flex 2 launches with Android Lollipop, which is great. It is one of the first phones to launch with it, and LG’s adjustment to the interface are unique without being overly invasive. LG has removed several apps and features that were on the original G Flex, but it has ultimately kept the ones that matter like Knock On and Dual Window.

The G Flex 2 is one of the first smartphone models to house the new Snapdragon processor. This means that the phone’s performance is out of this world, and matches if not exceeds the capabilities of many smartphones on the market at the moment. However, despite this feat, the phone can still be sluggish at times. It can be unresponsive during day to day tasks, which limits the impressiveness of having such a powerful processor.

The camera on the phone is also pretty solid, but it isn’t as impressive as the camera on other phones. With 13 MP, the G Flex 2 has a solid camera that captures most details. Colors can come out muted though, and the details aren’t as crisp as photos taken on the Galaxy Note 4. For average users, though, the camera will more than suffice.

The battery capacity has been reduced from the original G Flex, but it is debatable whether or not users will actually notice the cut back. Video playback lasts for about 11 hours on the G Flex 2, down from 17 on the original. All in all, the phone should get you through an average day, even if you are a heavy video watcher.

In the end, I think the G Flex 2 is a massive improvement upon the original Flex design. By reducing the size and drawing back the curve, LG has made a phone that is both functional and innovative. The improved display and powerful processor makes it a worthy competitor with leading smartphones. If you are looking for a powerful mobile experience with innovative ideas, you could do worse than the impressive G Flex 2.